One important feature present on Sabre Red 360 and Sabre Red 360 Web, is that agencies can create applications that are both visually and functionally integrated into the consultant’s workspace. In fact, this feature alone is responsible for creating a niche of developers who specialize in such customizations. It provides you with the ability to integrate multiple workflows across several systems onto a single desktop with the tools to customize key functionality across your consultant’s workflows to increase efficiencies, reduce manual steps, and support your business strategy.

Changes to an API-driven point-of-sale opened new pathways for power and growth improving the operational efficiency.

What You Can Expect

Over the next several months, we will be walking you through the customization process that gives you the ability to reimagine the customer experience.

What do you want to see next? Fill out our form here and let us know what topics you want to learn more out!

How to Install the Sabre Red 360 Web SDK

For this Red App Development series, we will be focusing on Web Red Apps, or Web Modules, which are plug-ins that allows customization of the common Graphical User Interface shared on both Sabre Red 360 and Sabre Red 360 Web applications. The development environment is based on Web technologies, so you are expected to work with latest technology trends and languages which support a modern Web Development stack:

Getting Your Development Environment Ready

Register yourself on Sabre Dev Studio

This will grant you access to download Red App developer resources, as well extended access to Sabre APIs documentation. Be sure to check blog posts and sample code sections, its good area to keep up to date with latest trends and innovations for Sabre developers.

This will grant you access to Sabre Red App Centre, the B2B Marketplace for Red Apps, there you will be able to manage your entire Red Apps process: Apply, Build, Certify and Publish your own Red Apps. When you became a certified Red App provider, an ERP/PCC will also be provided, which will allow you to run CERT environments of Both Sabre Red 360 and Sabre Red Web applications used for developing and testing your Red Apps.

Sabre Concierge would be your main tool to create, build and test Web Module projects, as a command line tool, be prepared to have command prompt / Terminal available, preferably with Admin rights, in our example we well be using the Integrated Terminal under Visual Studio Code Editor from Microsoft, creators of Typescript, highly recommended asset, you can grab your free copy here.

[NGV INIT], this command will create a new project structure for you start coding, the process will include some questions that will be used to set-up you Application, at the end of the process you should have a new directory created on the folder you started the NGV INIT command. 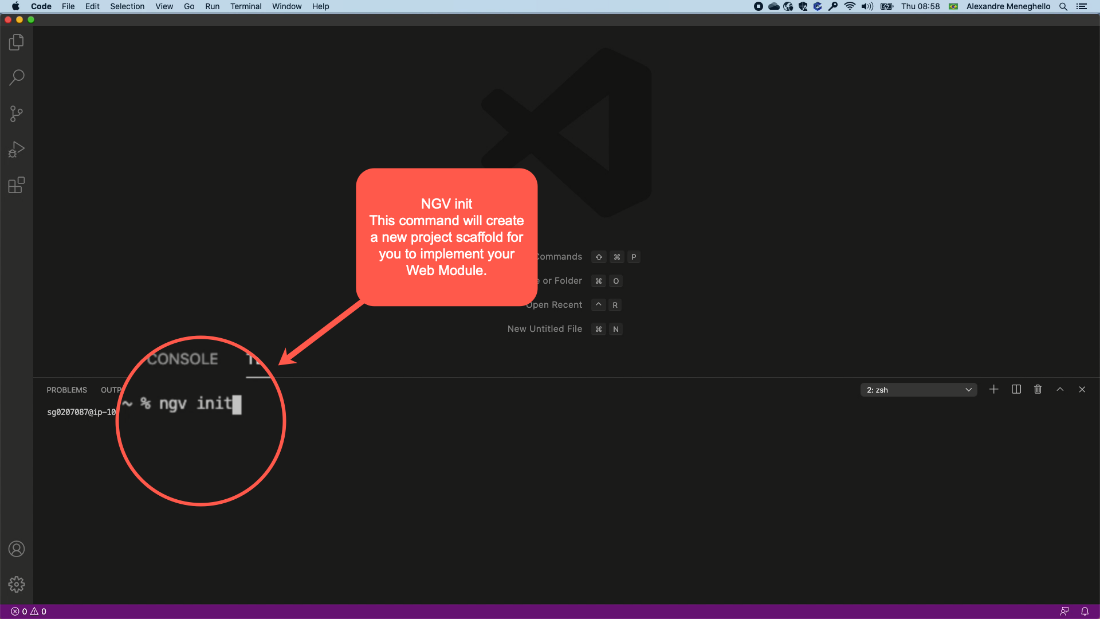 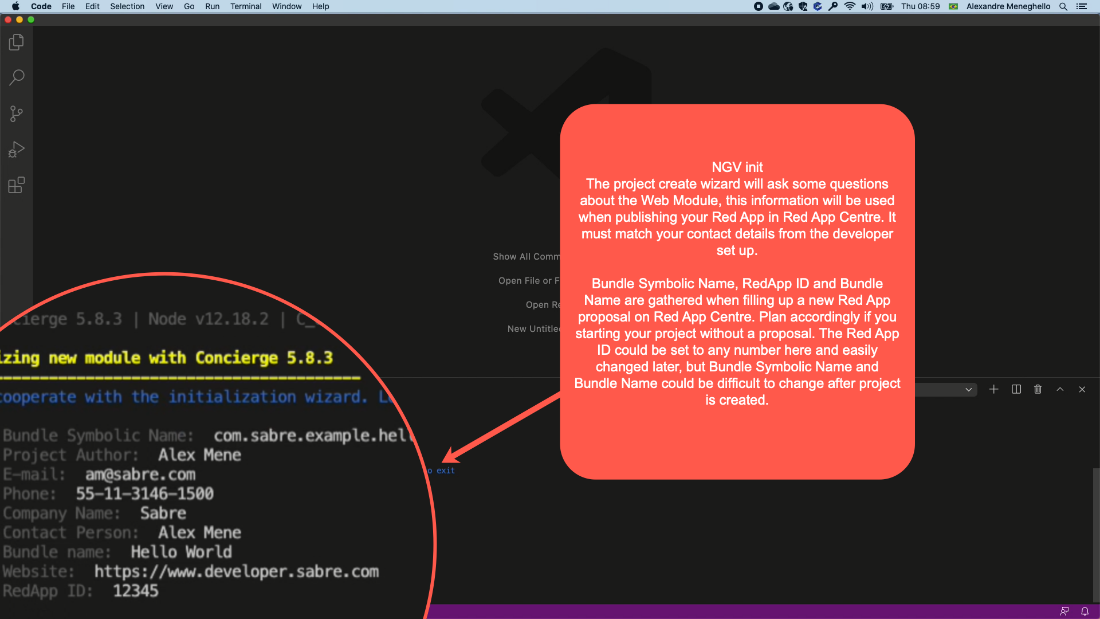 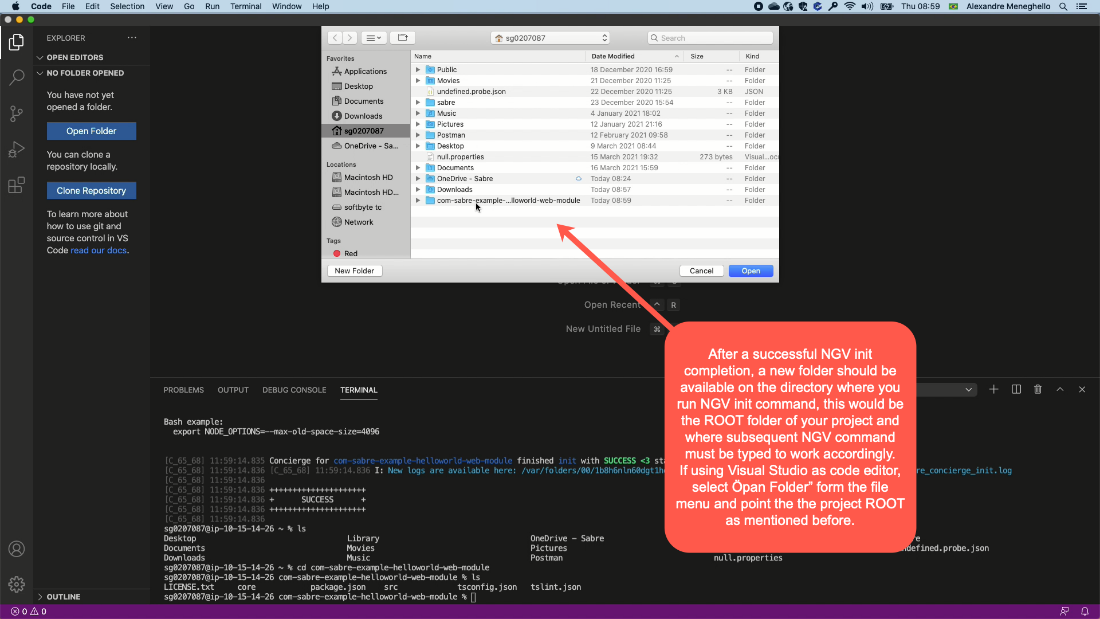 [NGV BUILD], will "transpile" the Web Red App Typescript source code onto JavaScript Web Module structure, which could be dynamically loaded onto Sabre Red 360 during runtime. 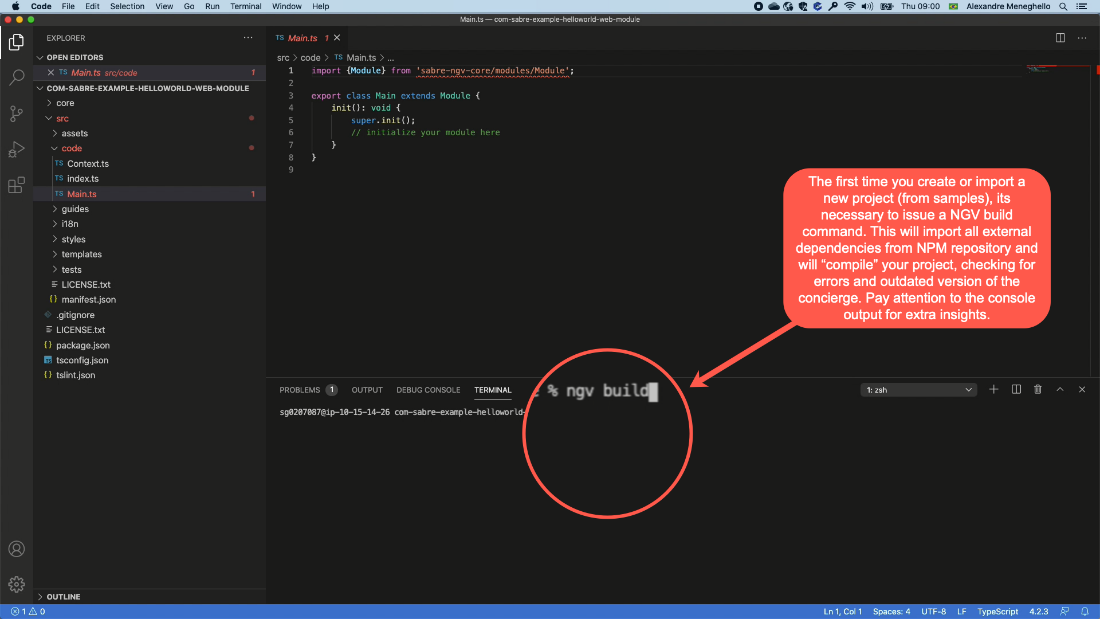 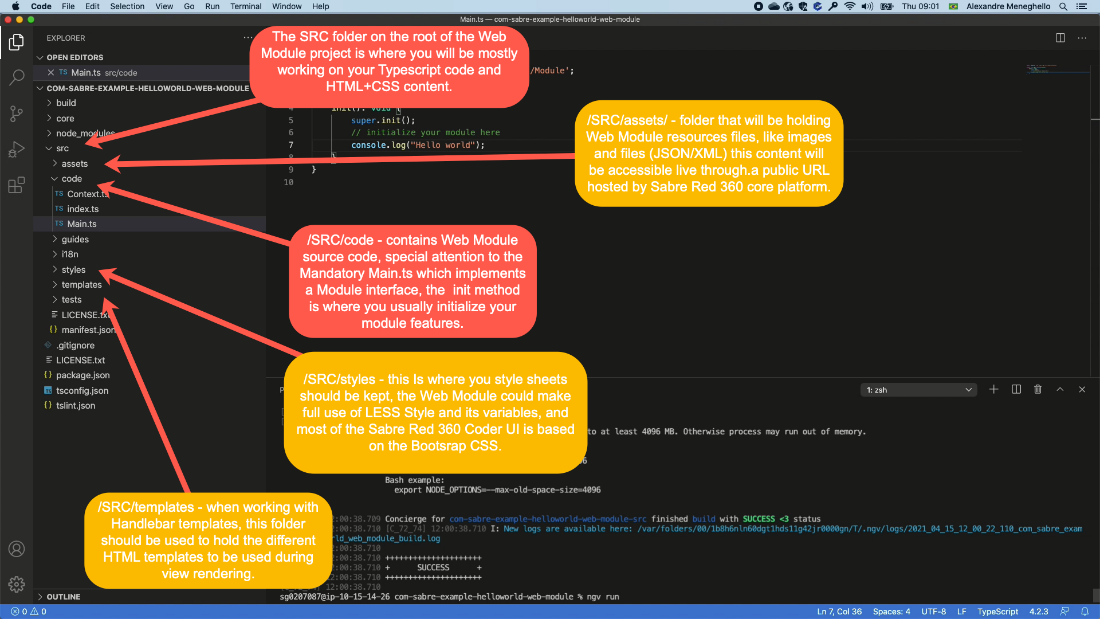 [NGV RUN] creates a local server to host the Web Module, so it can be provisioned on the Sabre Red 360 Web running in Developer Mode, the default address for the host would be http://localhost:8080, but it can be changed on the NGV RUN command line. Once you have the local server running, all changes done on the code will trigger an automatic NGV BUILD on the background, so you just need to refresh your browser to test your changes (CTRL+R) 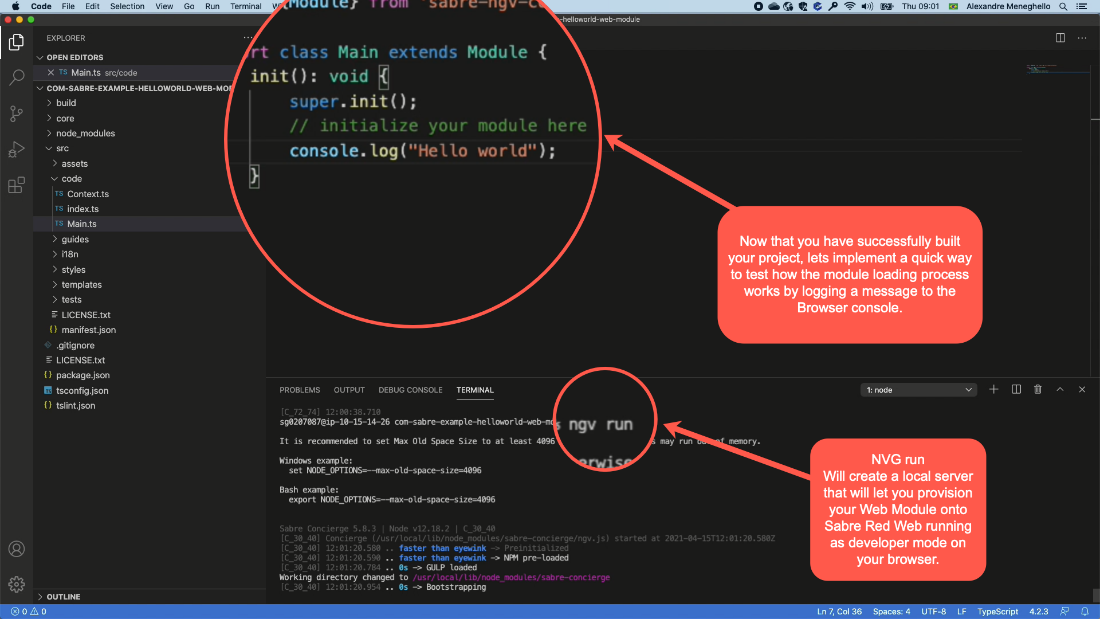 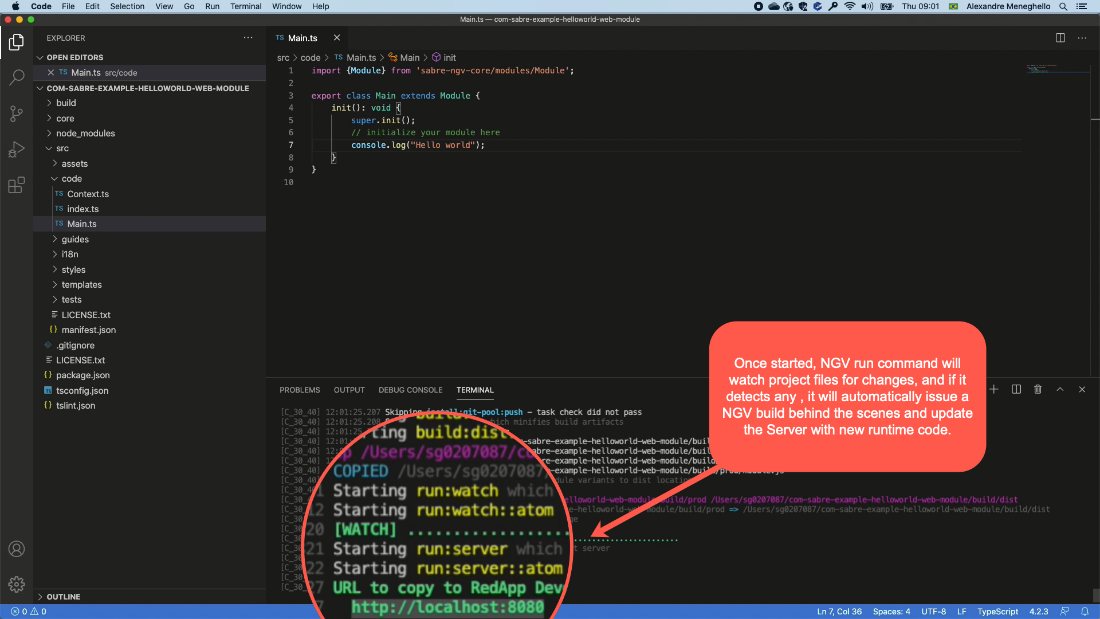 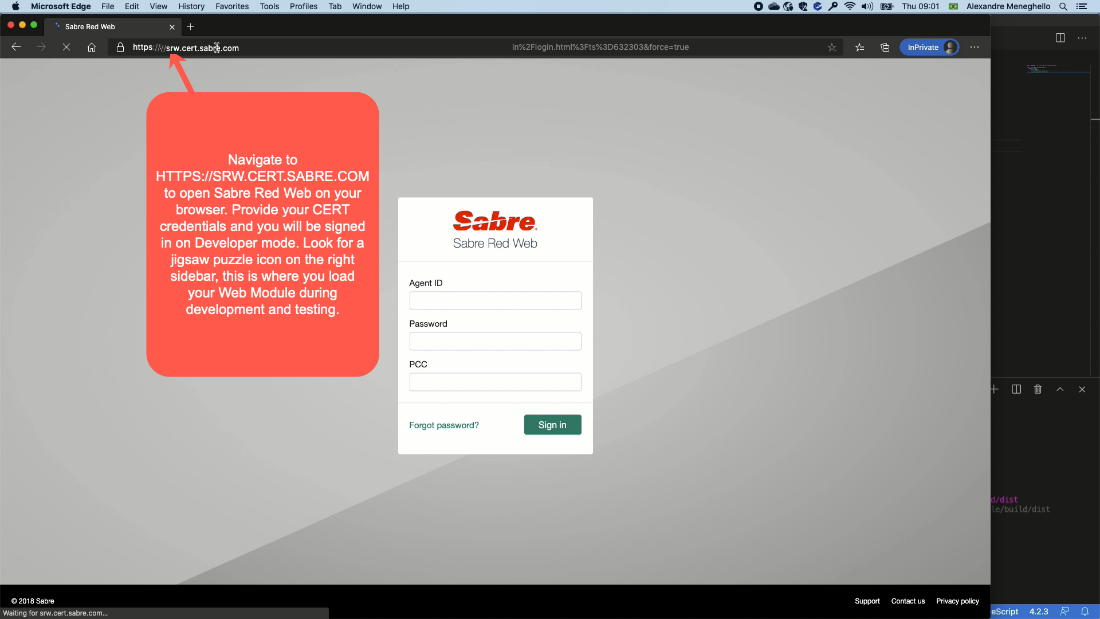 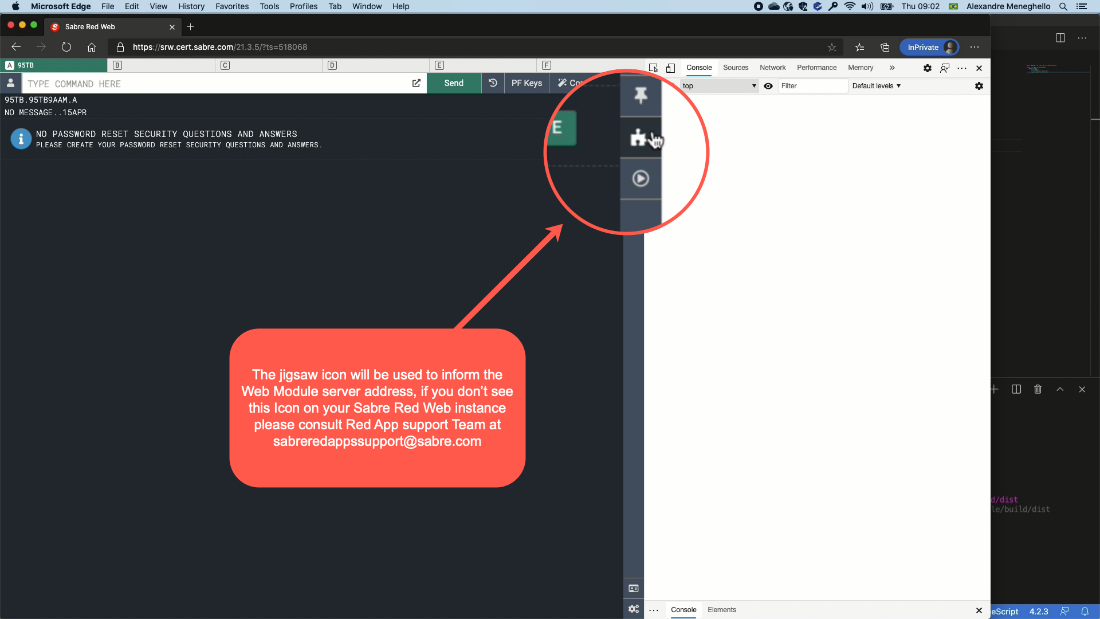 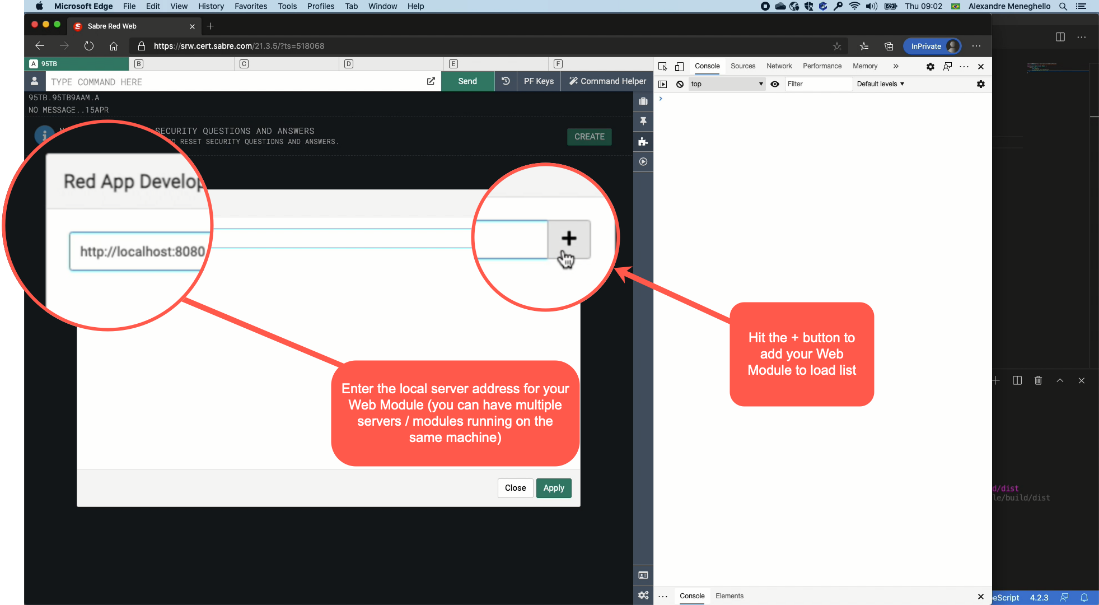 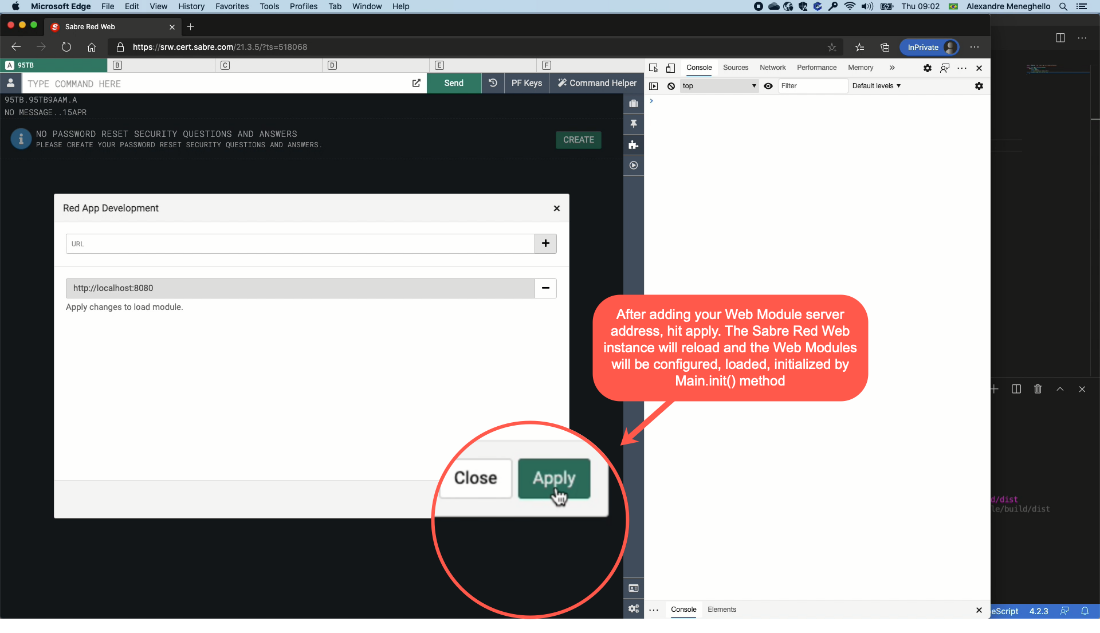 Now that you have your development environment ready, and know the principal commands to build your Web Red Apps, it's recommended to get involved with some Sample Apps offered by the SDK Team, you can find those under the samples directory on the SDK package, look for the ones which names start with com.sabre.example3.web, and there is also a public Red App called Showcase which implements the most common features offered by the SDK, its source code its available on Sabre's GitHub Channel.

Next time we will be covering an important feature from the Sabre Red 360 Web SDK, which allows seamless connectivity with Sabre APIs, both SOAP and REST, those, together with UI component, form the main pillars of Web Red App development strategy.

Sabre Red App Centre - Connect with the Travel B2B App marketplace, browse and Shop for hundreds of Red Apps that integrate with your Agency workflow, publish you own Red Apps. (https://www.sabreredappcentre.sabre.com)